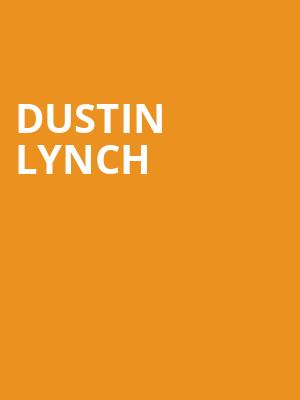 ...the slow-rolling title track celebrates the nighttime drives of Lynch's formative years in Tullahoma, Tennessee, where having his girlfriend beside him with no particular place to go was all that mattered.

Stetson-toting country crooner Dustin Lynch is hitting the road in 2021 with a brand new album in tow. Timed to coincide with the January 17th release of the Small Town Boy hitmaker's fourth studio Tullahoma, the trek sees Lynch bring his sound to the road. Shine your cowboy boots and get ready to dance along to new tunes Ridin' Roads, Little Town Livin' and Red Dirt, Blue Eyes amongst others!

Born and raised in Tullahoma, Tennessee, Lynch grew up listening to the likes of Garth Brooks, Alan Jackson and Clint Black, and it wasn't long before he left for the bright lights of Nashville. Honing his musical chops at favorite testing ground the Bluebird Cafe, before gathering up momentum as a fully fledged artist in his own right. Released in 2012, his self-titled debut album announced the arrival of a rising star to be reckoned with on the country scene.

Sound good to you? Share this page on social media and let your friends know about Dustin Lynch at Reno Ballroom.