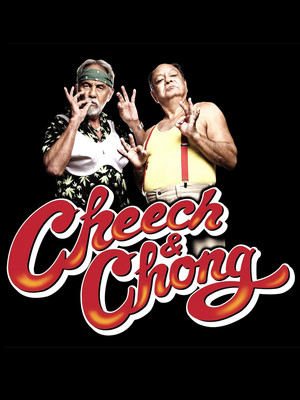 Cheech & Chong are the ultimate masters of stoner comedy. Their routines felt fresh and the musical acts were the perfect choice to bring along for the ride.

Richard 'Cheech' Marin and Tommy Chong are on tour again with their very special brand of humor - be ready for a great night of entertainment.

Cheech and Chong first embarked on their comedy career in the 1970s, with their comedy revolving largely around counter-culture and drug references, and are commonly recognized as the "Stoners' Comedians". They released several comedy albums as well as feature films before parting ways in the late 1980s to work on their own solo careers; Cheech Marin went on to voice the character of Banzai the dastardly hyena in Disney's The Lion King, and is a frequent collaborator with director Robert Rodriguez, and has appeared in seven of his films to date. It wasn't until 2008 that the 'Cheech & Chong' flame was reignited with a reunion tour, their first tour in 25 years, which sold out from coast to coast.

Not suitable for younger audiences

My anticipation for the Cheech and Chong, War, Tower of Power concert... more

Sound good to you? Share this page on social media and let your friends know about Cheech & Chong at Silver Legacy Casino.